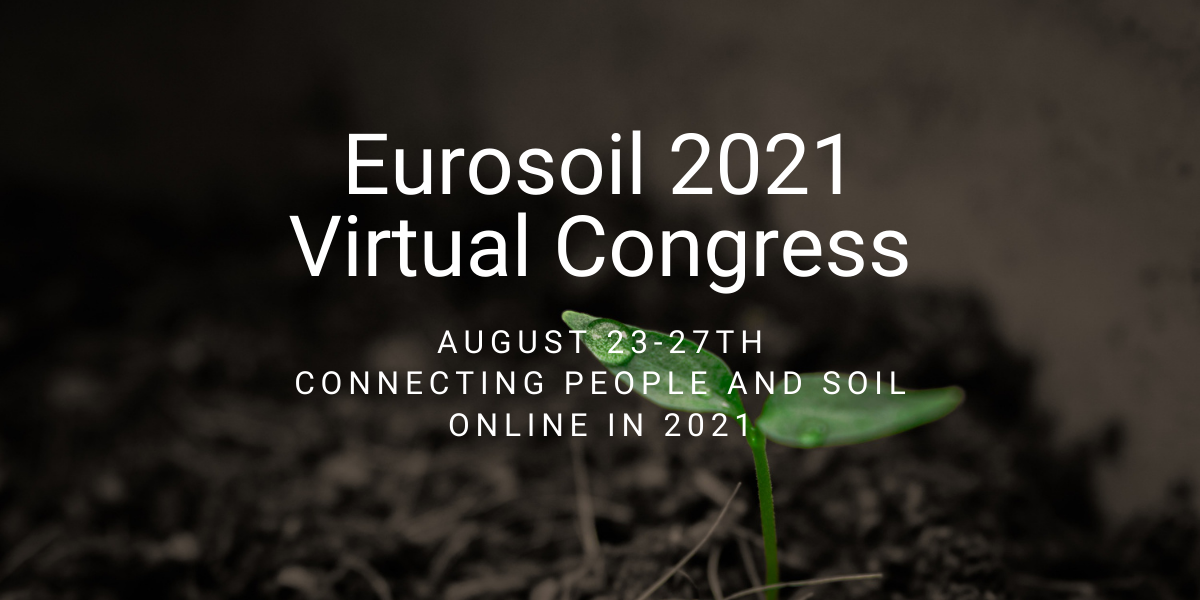 The RECIRCULATE “Water for Energy Production” research team contributed to the Eurosoil Congress 2021 – Connecting People and Soil with their study on nitrogen release from sundried anaerobic digestate in an acidic soil.

The objective of Eurosoil 2021 is to bring together leading research scientists working on soil related topics and stakeholders dealing with issues of public concern, such as soil degradation and consequences of climatic changes. The important bridging role of soil practitioners to translate scientific knowledge into practice is the emphasis of the virtual edition of Eurosoil 2021.

The contribution, entitled “Assessing short-term N-cycling in a Ferric Acrisol amended with sundried anaerobic digestate“, was presented by Alfonso Jose Lag Brotons in representation of RECIRCULATE “Water for Energy Production” workpackage team (Lancaster Universtiy – UniBen) as part of the theme “Good health and well-being – Reuse of organic wastes as soil amendments”. The main contributors to the work are Fu Xitong (UG student), Esther Agyaben-Fofie (PhD student) and Alfonso (PDRA), with further input from the rest of the “Water for Energy Production” research team. The work describes short-term dynamics of nitrogen release from a sundried anaerobic digestate once incorporated into an acidic soil and incubated under controlled conditions. The materials were sourced from Ghana (Accra & Kumasi, respectively) as part of WP4 research. Initial findings suggest no differential N-release from sundried anaerobic digestate within a 28 days period.

As the conference of the European Confederation of Soil Science Societies (ECSSS), Eurosoil is the soil voice of Europe. Eurosoil 2021 aims to tackle e.g. the environmental, social, economical, and public policy goals related to/impacting soil use and services. In line with this year`s theme “Connecting People and Soil”, the Eurosoil 2021 Programme was structured around, but not limited to, selected Sustainable Development Goals (SDGs) of the United Nations. The event organised a series of communications, forums and debates co-organised with stakeholders (including scientists) aimed at identifying and disseminating common strategies associating scientists and actors of the different value chains, in order to preserve and restore the soil resource. This was a unique opportunity for stakeholders to meet other field experts and actors, introduce their views and questions, collect up-to-date information, develop networks and get involved in the future working groups hosted by ECSSS.