What is a poor sanitation hotspot and why do we care? 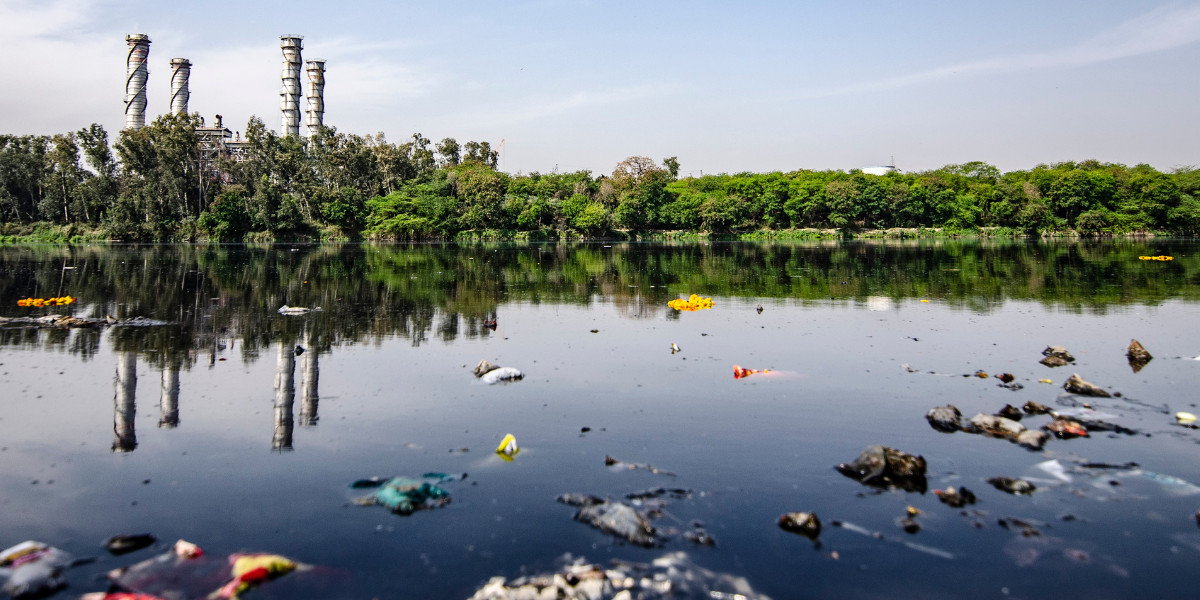 RECIRCULATE’s Water for Sanitation and Health team have been identifying, mapping and performing observations of ‘poor sanitation hotspots’ to better understand the processes that create them. By ‘poor sanitation hotspots’ we mean areas of the community that have particularly unsanitary conditions, or that are prone to extra stresses that mean the cleanliness of the environment is more likely to be compromised.

The need for studying poor sanitation hotspots came about through household observation and a process of co-production. We reactively undertook a participatory appraisal with community members to locate the hotspots. This led us to explore the spatial dimension of risk creation and exposure, and to consider whether risks can be reduced by implementing targeted interventions.

Some of the most concerning hotspots are those where toilets are leaking or overflowing, or where ‘flying toilets’ are disposed of. ‘Flying toilets’ are black polythene bags that people defecate into and tend to dispose of by throwing them on roofs or into the gutters. Poor sanitation areas expose local people to untreated faecal waste which threatens their health, as well as the broader community. Exposure to untreated faecal waste causes significant health impacts, particularly diarrhoeal diseases and prolonged exposure can cause growth problems and premature deaths, particularly among children less than five years old. 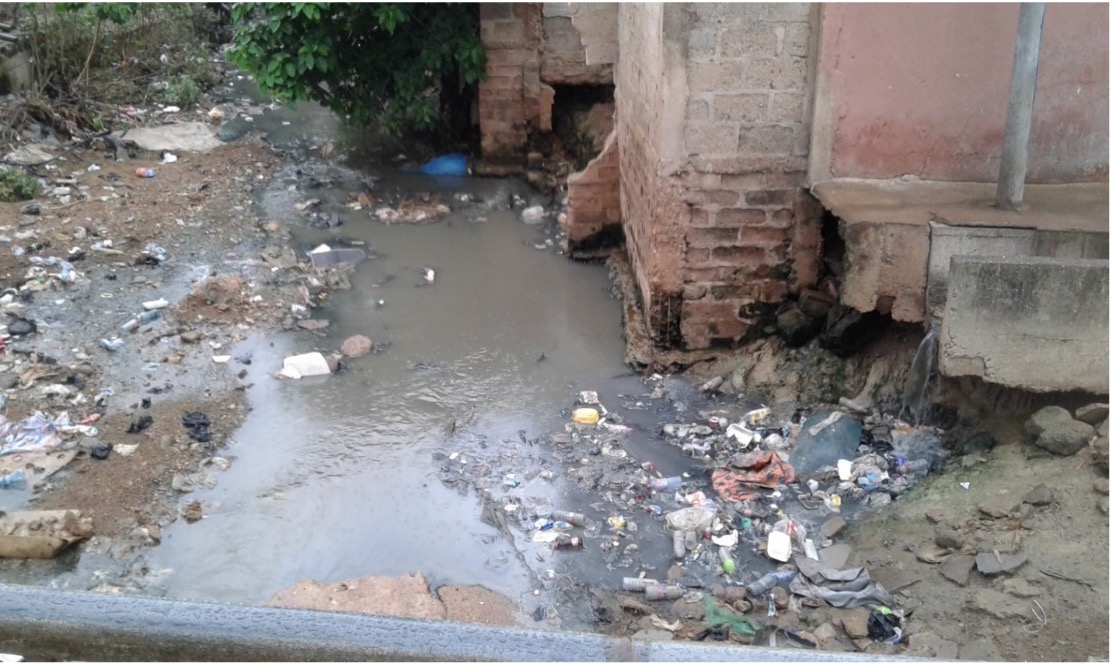 An example of a solid waste area, which can prevent the free flow of water and wastewater.

Areas where solid waste (i.e. rubbish) is a problem are also classed as poor sanitation hotspots. In some hotspots, the rubbish is blocking drains and preventing the water and wastewater in the drains from flowing freely. Blocked drains can create stagnant water that provides a breeding ground for carriers of disease. They also increase the risk of flooding. In other hotspots, leaving solid waste is littered across the ground. Evidence of the disposal of rubbish  by burning in the open can also be observed in the hotspots sometimes decreasing air quality. Disposing of rubbish improperly can lead to water contamination and an increase disease vectors, such as rats and flies, which in turn can result in poor health outcomes. As with poor sanitation, children and other vulnerable groups are at increased risk.

Other areas are identified as potentially being poor sanitation hotspots due to being exposed to extra stressors. For example, observations have been conducted in flood prone areas because floods have been linked to increased rates of diarrhoeal diseases, such as cholera. Also, flood events can sometimes be triggers for unsanitary behaviours, such as emptying toilets and dumping rubbish into the open drains. This can happen because the drains are fast-flowing when it rains and so waste is promptly washed downstream. Dumping waste in the gutters is a means of reducing the cost of toilet emptying and general waste disposal for some low-income people.

Studying poor sanitation hotspots has enabled the Work Package 2 team to increase their understanding of how these areas come into being. With this, and all the other information being collected as part of the Water for Sanitation and Health Work Package, the team have developed interventions and have implemented strategies to try and tackle and remove the hotspots or at least reduce their impact. One way in which they have done this is through promoting behaviour change to reduce poor sanitation practices that are harmful to health.